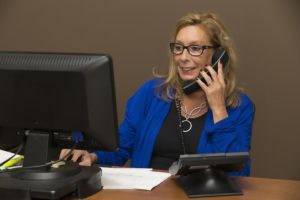 Many ghostwriters aren’t sure exactly what to do after a promising phone discussion or email exchange with a ghostwriting client.

Should they send an email expressing thanks for the prospect’s time? Would mailing a handwritten note be more effective to keep them in the running for the work? Should they check back by phone after a few days? What’s the best approach?

There seems to be a lot of anxiety and doubt about the ideal follow-up process. Probably, because the frequency and timing of follow-up message varies by writer and by client.

However, in general, I would recommend following up at least three times.

Within 24 hours of a phone discussion, video conference, or in-person meeting with a prospective client, you should send a note of thanks. It’s considered common courtesy, though today so few people send thank you notes that, if for no other reason, you should do this to set yourself apart.

If you had a phone call or video chat, a short email the next day reiterating your interest in the work, restating why you’re intrigued, throwing in an idea you may have had about the project, and saying that you’ll check in next week (unless the prospect has shared their timeline for a decision already) is a smart idea.

If you met in person, a handwritten note mailed to their office or home is a nice touch. Take two minutes to drop it in the mail.

If during your conversation the potential client shared when they expected to be making a decision about their chosen writer or agency, make note of that and follow up by email the day after you thought you would hear back. For example, if you’re told that you’ll hear something by next Friday, send a follow-up email the Monday after.

Your message can be as simple as, “Dear Mary, thanks again for the opportunity to be considered for the ghostblogger role at your firm. I know you were considering several candidates for the work and I wondered if you’d made a decision yet. Sincerely, Robert.”

If no set date was mentioned as the deadline for choosing a ghostwriter, wait a week or two and then send a follow-up email to inquire about the status of the project.

If you don’t receive a response, or if you hear back that no decision has been made, I’d wait another week or two and send a similar follow-up email inquiring about the status of the project.

Some people may have taken a vacation, been out of the office at a trade show, or had a deadline to contend with that interfered with the process of selecting a ghostwriter. You probably have no idea what’s going on behind the scenes at your client’s business or home.

Meaning, don’t assume the worst. Sometimes, no news simply means there is no news.

Whether you follow up a fourth, fifth, or sixth time should depend on what you know about the project.

For example, if you were being considered for some time-sensitive article-writing that needed to be done by the end of the month, you could follow-up after the end of the month to see if there were any upcoming writing projects for which you could be considered. But once that date passes, you can probably safely assume you didn’t get the work.

On the other hand, if you were speaking with an aspiring author who had no particular deadline for the release of his or her book, you might follow up once a month until the client told you they have given up on the idea or chosen to work with someone else.

Case-in-point: I spoke with an aspiring author more than a year ago and I check in about once a month to see if he’s ready to get started on his book. I’m fairly confident at some point he’ll want to move ahead, so I don’t want to stop checking in with him.

In some respects, follow up should be a cycle. Check in a minimum of three times, or until you learn whether you’ve been selected or not. Whether you decide to check in more than that will depend on how interested you are in the work and how likely you think it is that you may be selected.

Sometimes the issue really is timing and not uncertainty about choosing a particular writer. That is, the client may have a full schedule for several months and won’t be available to get started on a new project until the fall.

If you continue to follow up, to remind the prospect that you’re available, when they’re ready to get started on their white paper, article series, blog posts, speech, or book, you should be top-of-mind and more likely to get the work.